Who writes for Indigenous people within Social Media?

OUR WIRADJURI NEWS Facebook page has a question from one of our readers. They ask:

"Do you know if Tent Embassy (F.B.) is affiliated with our Tent Embassy & if it is indeed operated by an Aboriginal person & not some white bloke taking a position of paternalism by providing a page for us poor blackfellas? I am suspicious of this page for several reasons & whilst I DID look to page for news, am unwilling to do further until ethnicity is qualified. Appreciate prompt answer."

I think it raises some good questions. How do we trust the information on FB, what/where it comes from and by whom? As blackfullas, there is a tone and knowledge within the community, linked by generations, that allow us to sus out "the vibe" as they said in that movie "The Castle". Does that make sense? We sort of know by the sounds of the conversation if its coming from a Koori or not. There are many good non-Aboriginal people out there working on, in and with Aboriginal people, causes, issues but should be supporters of the major voice and not the leaders. It has false hope of succeeding and the blame goes back to the community if it fails, with common comments of "..that blackfullas did not want change so leave them with it"  or "..do not know that is good for them" often said about mislead campaigns. The sentiment is good but the drive behind it is not there. So if someone can clarify if an important information source, such as the Tent Embassy Facebook page is not Aboriginal derived and administered, then such should be known. If no one knows, I might just have to ask them directly. Its not just this page though. There is a very racist page, "should Aboriginals get the apology" or something like that, which I'm not sure if its a racist related to Aboriginal people or just an ignorant black person without a brain? They say they are related to Noongars in areas of WA but the slop that comes from that page can only be described as racist. It opens so many racist arguments and is a platform for rants from smart ass racists. That is a page that should be closed, despite the admin trying to say that it does not support racist comments and deletes them. Why have this page ("Should the pm apologies to the Aboriginal people?") if you don't want to have a page devoted to racist debate? Back to the issue on this question, has anyone any information regarding the owners of the page? Cheers,  David Towney.
Posted by Unknown at 15:41 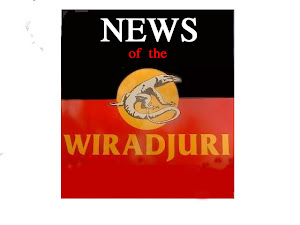